I have a confession to make: I have broken probably the First Law of Millennial Code. I feed the trolls. And sometimes, I AM the troll.

Trolling can be fun. It’s like getting drunk without the hangover. That doesn’t mean it’s good for you, though we still do it. And this County Executive race has been ripe for trolling. 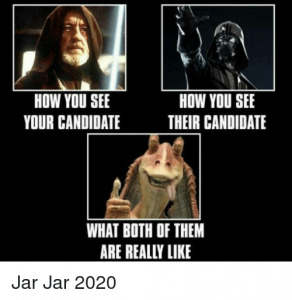 I wouldn’t, however, call myself a full-time troll. Or, as such, I wouldn’t say I’m a Fundamentalist Troll, whose sole purpose is to disrupt discussion with personal insults while usually remaining anonymous. My trolling of Bethesda Beat comment sections and Twitter and Facebook threads is generally 85% genuine analysis with 15% hyperbole and/or sarcasm interspersed. I’d say that’s fair. I’m not a professional journalist nor do I claim to be one. I also never claimed to be neutral – though all candidates, even those I like, are subject to mockery on occasion.

On a non-professional platform such as this one, I see nothing wrong in occasionally substituting a meme for standard analysis, even if it oversimplifies the point. The reason is that I assume that my readers have the intellectual capacity to distinguish memes, jokes, and hashtags from actual conclusions, and to realize that I can do so as well.

It has been brought to my attention – and I’m not singling out any one person, there have been multiple who have said this – that I have been gratuitous in my negative characterization of candidate David Blair.

To begin with, I had no personal issues with Mr. Blair. I was even in discussions with some of his campaign staff about having him for a YouTube interview, but he never followed through. I have often said how I am willing and eager to present opposing views on a show with an otherwise strong progressive bent.

After the Washington Post endorsed him, Seventh State  basically gave us an open lane to go on the offensive. Adam Pagnucco writes:

Besides Blair, the other big winner from the Post’s endorsement is Elrich. Elrich has been crusading against rival candidates who have been supported by wealthy businessmen for years; now he gets an ACTUAL wealthy businessman as perhaps his chief opponent. Elrich is no doubt rubbing his hands together in glee as his progressive hordes gird for battle against plutocracy. His field coordinator must be dizzy with joy.

A Daily Kos article has been circulating, featuring a 2012 testimony of a woman whose prescription copays increased by 1400% under th Blue Cross subcontractor Catalyst. Blair, who was CEO of Catalyst at the time, reportedly doubled his executive compensation and spoke optimistically about consolidation in the industry.

During a forum last week, Blair lamented the high costs of prescription medications for seniors.

One can see how this offers some good, red meat for Team Elrich. The hashtag #MoCoPharmaBro took off.

Unfortunately, I am finding myself needing to explain the use of hyperbole and memes in this case. In each of my hyperboles there is a grain, or even a heap, of truth.

Of course we do not think Mr. Blair is exactly the same as Martin Shkreli. But this 2012….coincidence..does merit some inquiry into his possible role in corporate policy making of the PBM that enabled copays to increase so drastically, or into the justification of his executive pay increases during this time, or how his priorities as a businessman might reflect his priorities as an elected official.

Likewise, nobody thinks Blair is exactly the same as Donald Trump. Blair has much better hair.

In all seriousness, we are not accusing Blair of fearmongering against Muslims or immigrants, sexually assaulting women, possible money laundering, or harboring sympathy for white supremacists. And OF COURSE Blair’s policy proposals are nothing like Trump’s.

The parallels we are referring to are mainly his being a wealthy businessman with no public service experience. He also has a tendency in forums to use repetition of superlatives in lieu of actual cohesive substance, though not to the extent of Trump.

I am clearly able to make this distinction while employing hyperbole to make a point. I assume my readers are as well.

This all being said, I do not believe that those accusing candidate Marc Elrich of being a Socialist are employing hyperbole in the same way. If they were, why would they even keep using this as an insult? Marc never denied being a member of the DSA (for the record, I am not a member, but I associate with some of them) and has indeed spoken about the merits of a mixed economic system that is more socialistic than ours (which doesn’t say much). He has repeatedly condemned our obsession with two outdated ideologies.

Adam Pagnucco seems to think this is incriminating.

I could not imagine Mr. Pagnucco or the people I have been arguing with to be intellectually dishonest enough to assume Marc is a Marxist socialist of the old Soviet or Venezuelan persuasion. Marc even challenges these critics to name a single piece of “socialist” legislation he has introduced.

David Lublin ultimately pulls through and calls out both sides for talking past each other.

What I am seeing on social media is a (deliberately?) unclear use of the word “socialist” as a personal attack. Is it just less effective to say “Marc has social democratic leanings that veer too far away from my preference for unfettered free markets?” It would be one thing if the socialist epithet accompanied honest parallels between Elrich’s politics and a failed system leading to 20th century dictatorships, or attempts to connect his actual policies with certain aspects of it, but what I see is his being a “socialist” of a certain definition serving as the premise for all his points being discredited. In this case, “socialist” is not benign hyperbole given the tone and context; it is a deliberate mischaracterization used to incite fear and conjure imagery of Soviet Russia, Venezuela, or (according to one person) Detroit. Anyone who actually reads his Economic development plan will realize that the characterization of Elrich as “socialist, anti-business, anti-development,” is not hyperbolic, it’s just false.

I’ll repeat myself. I like to troll, sometimes. I like to intersperse some hyperbole and sarcasm into actual commentary, and I like to lay out hot-button issues that I know will get a rise out of people. It’s fun. But in doing so, I do not, to the best of my knowledge, spread falsehoods. If caught doing so, I would immediately correct myself.

At the end of the day, though, I’m for free speech. If it’s what pleases you, go ahead and call Marc an evil socialist all you want. Maybe you disagree with the line I drew between my hyperbole and yours. Fair enough. But at the very least, admit that you are trolling. We all do it. It’s a part of internet culture that looks like it’s here to stay. 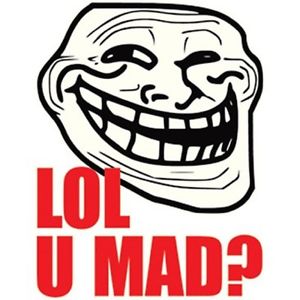