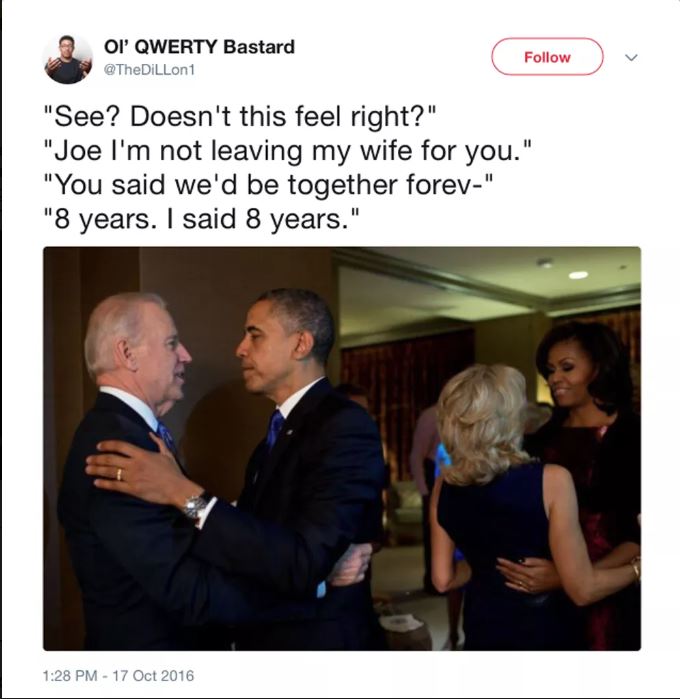 It is no surprise that among progressive circles, the candidate ranked furthest down our lists of who we might consider voting for in the 2020 Democratic Primary is Joe Biden. After all, he’s an Old White Man (not named Bernie), he’s the Establishment, and he’s less progressive on some of the headliner issues such as Medicare for All.

I’ll admit, a part of me feels a twinge of remorse, joining the other younger progressive hordes in so quickly turning on Biden – once the affable, bumbling Uncle Joe who served as our No. 2 to the nation’s first African American president. We all enjoyed watching ol’ Joe demolish Sarah Palin in the 2008 Vice Presidential debate, and we watched Leslie Knope fawn over him in Parks and Rec. His love of ice cream and (assumed) penchant for practical jokes inspired hundreds of memes. His speech at the 2016 Democratic National Convention gave us a taste of good-guy patriotism that countered then-Republican nominee Donald Trump’s bigoted nationalism. And, alas, three years later… he’s being MeToo’ed, he’s being called out for his previous stances on racially sensitive issues such as bussing, and he’s become a Pariah on the left for being an older white male with comparatively centrist policies.

The reason for my opposition to Joe Biden in the primary are not the usual reasons trending on left wing Twitter. It’s not because he’s an old, white man. It’s not because of his tactile nature with younger women. It’s not even necessarily because of political positions he has held in the past, and – most importantly – it isn’t because of any doubts of his electability. I will not dispute the numerous polls that show Biden having the widest lead over Trump among other top Democratic candidates.

My concern with a Biden presidency is that it would alleviate the symptoms, but not the cause, of what led to the Trump presidency in the first place – or what led to the Democrats losing over 1,000 seats through the course of Obama’s presidency. For the sake of focusing on Biden specifically, I will expand on the general dissatisfaction and civic unrest that fomented right-wing populism at a later date and instead focus on dissatisfaction with the Democratic party. While some argue that the Democrats have moved too far to the left, and others argue that the party has become “too corporate,” the most common refrain I have heard  among the “Obama-Trump” voters was that the Democrats in Washington “don’t care about us.”

Think about the catch phrase, “Drain the Swamp.” Republicans would like to think that the phrase resonates because it means simply shrinking the size of government. And yet, you don’t hear most of the people (which includes a fair amount on the left) who wish to Drain the Swamp calling for eliminating Medicare and Social Security. For most, Draining the Swamp refers to distrust of people who spend too much time in Washington.

Trump’s rise in the Republican Party, for all of its horrific implications, has demonstrated how an outsider can break through the ranks of the Party establishment and the Washington punditry circles. You didn’t hear the Heritage Foundation or the CATO institute rallying behind Trump in the 2016 primary. The Koch Brothers initially backed Marco Rubio. The Democrats, in contrast, have tightened their grip around “next-in-line” politics. Clinton was the natural successor to Obama. Biden would be the natural successor now that Clinton is out of the picture (for the most part). Harris would be the natural successor to Biden. The DNC is simply hostile to outsiders, especially from the left. As seemingly hand-picked, “next-in-line” candidates continue to float to the top in the crowded waters of Democratic primaries, Democratic voters feel less empowerment at the ballot box.

One could certainly make a similar argument about Kamala Harris, another likely establishment pick. Were Biden to become the nominee and lose to Trump, or to step down after one term as President, Harris would be an all-but-certain successor, according to the DNC powers-that-be in 2024. To her credit, though, Harris has at least entertained, though wavered, on some of the more progressive positions that non-establishment candidates have championed. Biden, meanwhile, has openly campaigned on return to “normalcy.” A Biden president would attempt to return us to a pre-Trump, and sure, more or less anti-Trump America, but he would do little in terms of getting us to a post-Trump America. The “normalcy” Biden would return us to would be the same normalcy exemplified by Chuck and Nancy’s response to Trump’s government shutdown address: Scolding, dull, and dare I say, low-energy. It’s a normalcy of Washington in which members of congress spend cumulative decades of their lives fundraising, on the phone trying to maintain their donor base. It’s a normalcy where Democrats funnel resources into protecting incumbents, effectively constructing their own walls to keep out new ideas.

To clarify, my argument isn’t about age or left-right ideology. After all, Bernie Sanders would be the oldest President ever elected, and arguably the most progressive in modern history. My argument is more about entrenchment in the way Washington works; the thought process in which fresh ideas deemed too out-of-the-box will be easily dismissed because of “conventional wisdom” that they would upset the donor base. Joe Biden, with his safe and centrist approach to a rather limited policy platform, coupled with his next-in-line candidacy status, is the natural successor according to this Washington process.

Like her or not, AOC’s upset victory against Joe Crowley in New York’s 14th district should be the best thing to happen to the Democratic Party. Crowley, once again, was a next-in-line candidate, this time for Speaker of the House. Even if one disagrees with AOC’s policies, Democrats from the center to the far left (the dubious concept of a “far left” Democrat notwithstanding) should be encouraged to know that upset victories are still possible. Just imagine the impact – and the increases in turnout – if Democrats could cast their votes in a primary knowing that the field was wide open and that anything can happen.

If a next-in-line candidate like Biden remains the established frontrunner, however, the whole electoral process remains less than inspiring.

So, why is this important? When we have Trump in the White House, do we really have the luxury to complain whether or not his opponent is “inspiring enough”?

As I said, I do not doubt Biden’s electability. He very well might beat Trump by the largest margin. But…then what? What would Biden do to prevent Republicans from taking an iron hold on the Senate and retaking the House, not to mention in downballot elections? If he defeats Trump, that’s all fine and dandy, but what, then, would rally the electorate to keep voting Blue once the Orange bogeyman is gone? Biden, at best, would be a short term fix for a long term problem.

The Democratic Party needs to rebrand. This doesn’t mean shifting toward the center or imposing a purity test from the left. It means becoming more open to change – in the policies themselves, and in the process of developing and implementing them.

Voters who maintain a distaste for Democrats don’t necessarily feel this way because of ideology, but because of frustration with “Washington,” with “the Swamp.” The best thing the Democratic Party can do is empower the electorate, listen to their constituents, and make us feel like our votes, our phone calls, our critiques, our petitions, and our protests actually matter – that new ideas from the grassroots won’t be dismissed by those who “know better” and dissolved into the thick, murky Washington swamp. 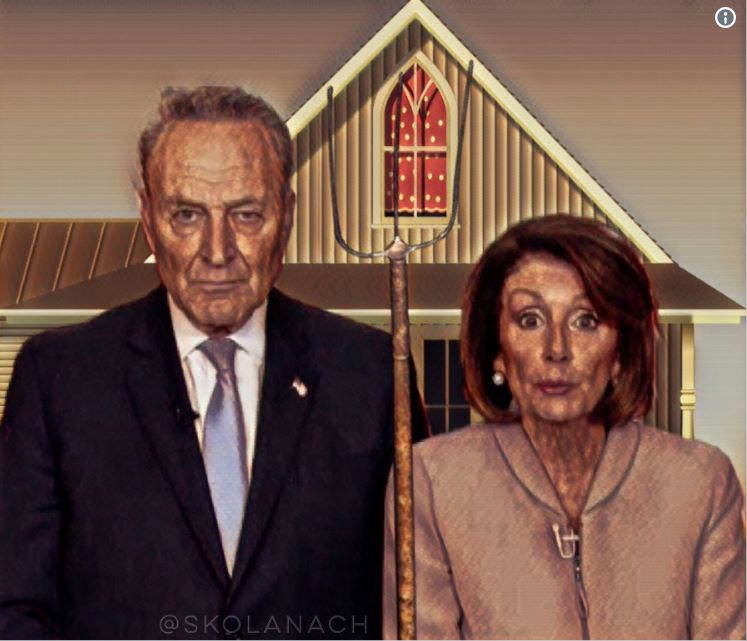